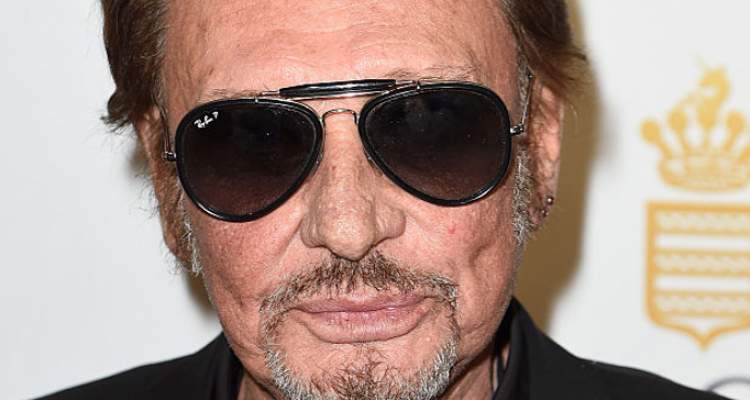 French rock ‘n’ roll star Johnny Hallyday may be unknown to most Americans, but the legendary singer was a superstar in France. With a career spanning almost 60 years, Hallyday began his career by mesmerizing music fans in the ‘60s with his Elvis-esque style and moves. It is no wonder he was known as the French Elvis Presley, and now his family, friends, and fans are mourning his recent death. Johnny Hallyday’s net worth is estimated at $275.0 million at the time of his death.

Johnny Hallyday’s incredible career began in the ‘60s. But success followed the iconic French musician decades after he first started out, and now fans can’t believe that Johnny Hallyday is dead.
According to reports, Hallyday’s death was announced by his wife, Laeticia Hallyday. The famous singer had passed away after a battle with cancer. And with Hallyday’s death, France has lost one of its biggest celebrities.
Many of Johnny Hallyday’s songs were hits, and he sold millions of albums worldwide. He was one of the biggest rock stars in the world. But, how rich was Johhny Hallyday?
Advertisement

Keep reading to get the scoop about the French superstar right here.

Johnny Hallyday was born Jean-Philippe Smet on June 15, 1943, in Paris, France. Hallyday’s father was Belgian, and his mother was French.
Advertisement

Johnny Hallyday was the stage name he adopted from his aunt’s husband, Lee Hallyday, an Oklahoman living in France. Hallyday’s aunt and her husband raised him and were influential in his life.
Advertisement

Lee Hallyday was Johnny Hallyday’s first manager when he began his career.

Johnny Hallyday’s early music may sound like Elvis Presley singing in French because that’s who Hallyday’s inspiration was.
Hallyday began his career by releasing his first single, “Laisse les filles,” in March 1960, and a star was born.
The singer went on to top the European music charts, had The Jimi Hendrix Experience open his concert performance in 1966, and was even photographed with Bob Dylan! He introduced fast cars, motorcycles, and crazy dance moves—all imported from America—to French youth in the ‘60s.

Hallyday’s musical success is something aspiring musicians can only dream of, and the numbers are mind-boggling. A total of 18 Johnny Hallyday albums went platinum, he went on 181 tours in his lifetime, and sold over 110 million records all over the world!
Tour 66: Stade de France 2009 was Hallyday’s last album, which was a live recording of his farewell performance at the French venue. Just like many albums before it, this album also was a chart-topping hit in France.

Hallyday’s professional success fueled his extravagant and colorful off-stage life. His flamboyant rockstar image on stage carried over to his personal life, which was full of hardcore parties, drugs, alcohol, and smoking.
The rocker also got married four times, and we can be sure news of Johnny Hallyday’s divorce settlements always made headlines in France.
Hallyday’s first marriage to Sylvie Vartan in April 1965 was well-known as the couple recorded a hit single together. He got married for the fourth time to Laeticia Hallyday in 1996, and the two were together until his death.
Johnny Hallyday’s wives and kids are now in the spotlight after his death. The singer seemingly had great relationships with his kids.
In addition to a son and daughter from previous marriages, Hallyday adopted two girls from Vietnam with his current wife. He often posted about them on his social media accounts. 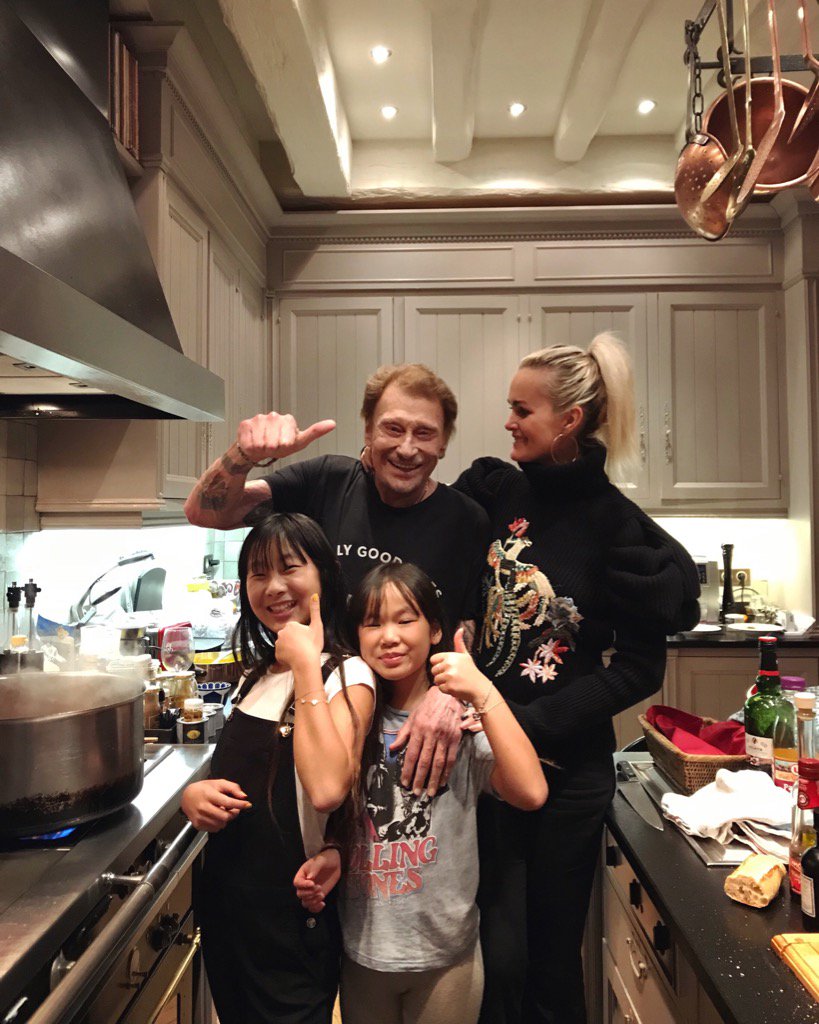 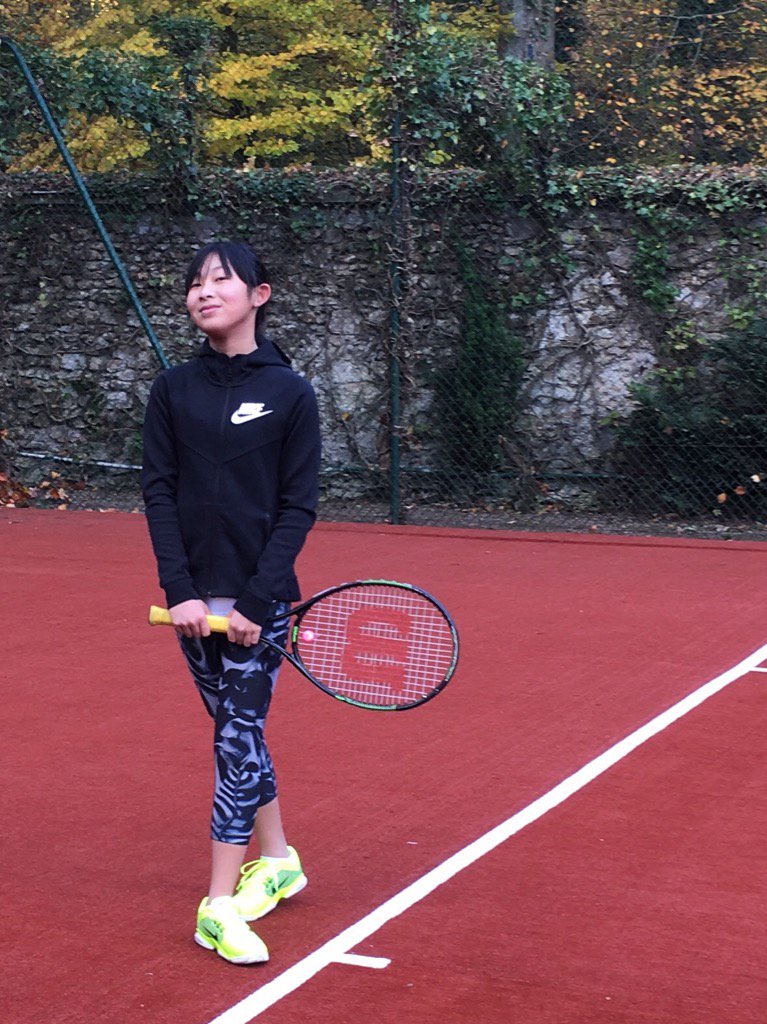 Making Millions on the Way to Success

Even though he did not taste success in America, Hallyday’s long and illustrious career as France’s original king of rock made him a very rich man.
Johnny Hallyday’s fortune as a musician may not be as much as his American contemporaries, but he still amassed a considerable amount of wealth. Johnny Hallyday’s net worth is estimated $275.0 million at the time of his death.
The singer had homes in Paris and Los Angeles, California. He also lived for brief periods in Switzerland and Belgium.
The sight of Johnny Hallyday’s house in Los Angeles, California, is one to behold. The singer truly lived life like a king!

The Battles with Cancer

Hallyday’s first fight with cancer was in July 2009 when he was diagnosed with colon cancer. He underwent surgery and was in remission. He also had complications arise from a hernia surgery a few months later.
But cancer dealt a second blow to Hallyday, and he was diagnosed with lung cancer earlier this year. Sadly, Hallyday did not recover this time around.
His wife, Laeticia Hallyday, announced his death in a statement, saying, “Johnny Hallyday has left us. I write these words without believing them. But yet, it’s true. My man is no longer with us. He left us tonight as he lived his whole life, with courage and dignity.”

France’s President paid tribute to the French star and said, “There is a little bit of Johnny in all of us. Across generations, he carved himself into the lives of French people. He charmed them through the generosity you saw in his concerts: so epic, so intimate, in huge venues, in small spots.”
Many celebrities, including Lenny Kravitz and Celine Dion, also paid moving tributes to Hallyday after the news of his passing was announced. 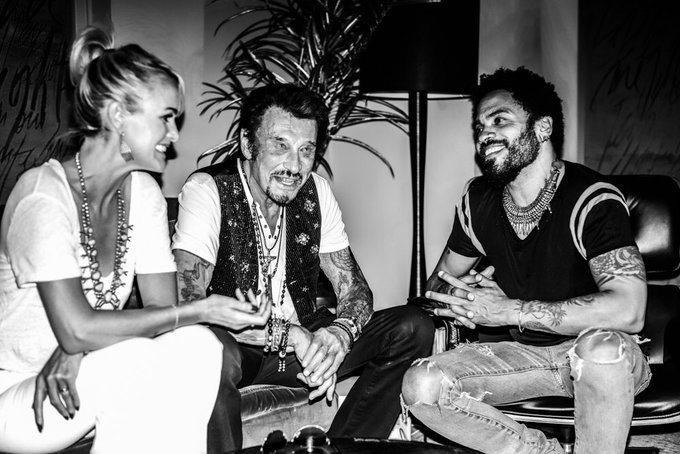 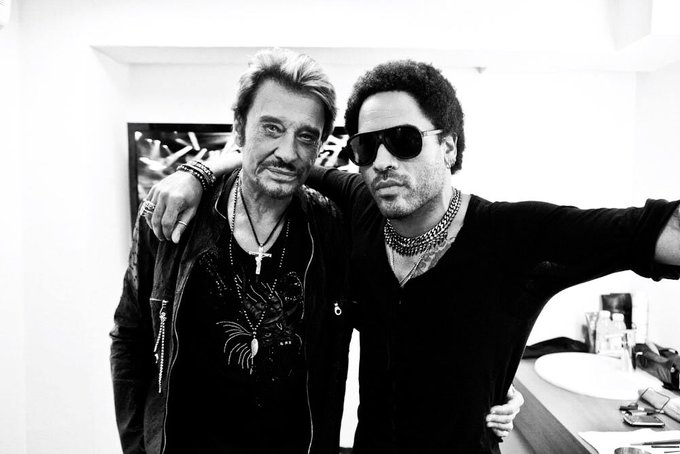 Lenny Kravitz
✔@LennyKravitz
Farewell Dear @JohnnySjh. Your friendship, sweetness and support are imprinted in my heart. It is an honor to have known you and to have spent time with you and your beautiful family. Your soul is pure Rock and Roll. Repose en paix.

Hallyday may be referred to as “the biggest rock star you’ve never heard of” in many countries, but the man was an absolute legend. His memory will forever live on in the hearts and minds of his adoring fans.
Our thoughts and prayers are with Hallyday’s family, friends, and fans during their time of mourning. Rest in peace, Johnny Hallyday.
Posted by thebimini at 4:59 PM