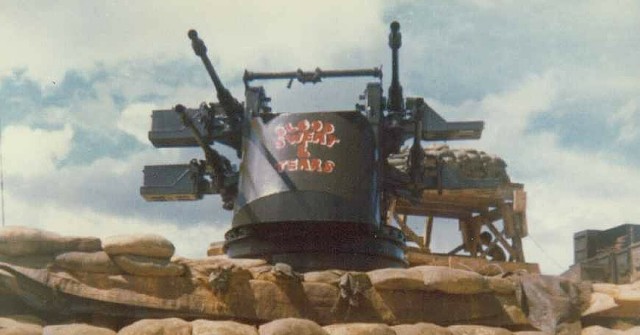 The Vietnam War was coming to its bitter end for the US Army by 1970 and America was seeking a way out of the conflict The public back in the States was already dissatisfied with the war and there was  a strong anti-war movement growing in the sixties.

American President, Richard Nixon, started to covertly reduce the number of troops back in 1969, due to the public pressure.

By 1970, many American positions were weakened by the cuts in troop numbers and its forces were stretched to their limits. The only full strength division left in Vietnam was the famous 101st Airborne.

Read also: The Canadian Mechanic Who Sealed off the Falaise Pocket & Trapped over 50,000 Germans

In an attempt to retake the initiative The 101st, under the command of General Ben Harrison, was given the lead on an operation codenamed “Texas Star”.

The plan was to rebuild the abandoned Fire Support Base Ripcord in the A Shau Valley, this relied heavily on the helicopter,  for support in the difficult terrain. The firebase was set on four hilltops and were to be used as outposts for the planned offensive by the Marines to search and destroy the NVA supply lines in the mountains overlooking the valley. 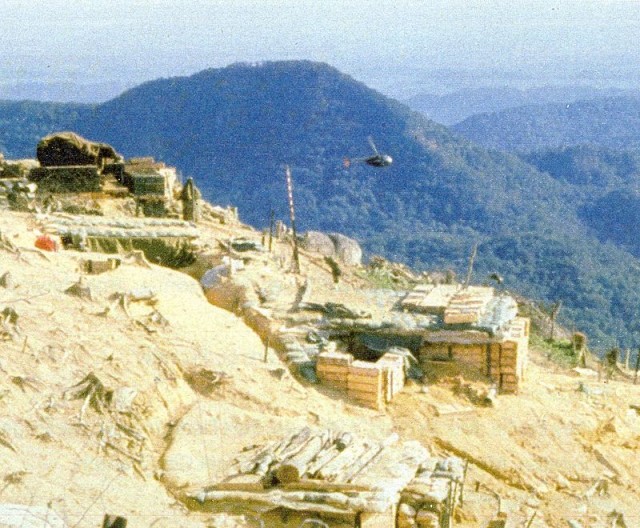 The operation was held with as little press coverage as possible for it was happening during the time of the Cambodian incursion. This was a series of 13 major missions conducted covertly in Cambodia, this country was neutral , but Cambodian communists were helping North Vietnam with logistics and other types of support.  It was also one year after the media disaster of Hamburger Hill, the battle known for its questionable use of infantry instead of firepower which led to 75 soldiers losing their lives and another 372 wounded.

Read also: The Face of Crimean War in over 35 Magnificent 160-year-old Photos

The Cambodian campaign was aimed to disrupt the Ho Chi Minh supply trail which spanned outside Vietnam borders, through Cambodia. The mission was of similar nature as the Texas Star Operation and even though the latter was not secret, it was still on the certain level of “Need to Know Basis”.

While the members of the 101st division were rebuilding the base and preparing the attack on the enemy supply lines, the NVA was secretly gathering intelligence. The launched sporadic attacks from March 12 and lasted until June 30. It is estimated that as much as 25,000 NVA troops were positioned in the A Shau Valley area at the time.

Read also: “A Fight For Love And Glory…” How The U.S. And France Came Together In Casablanca 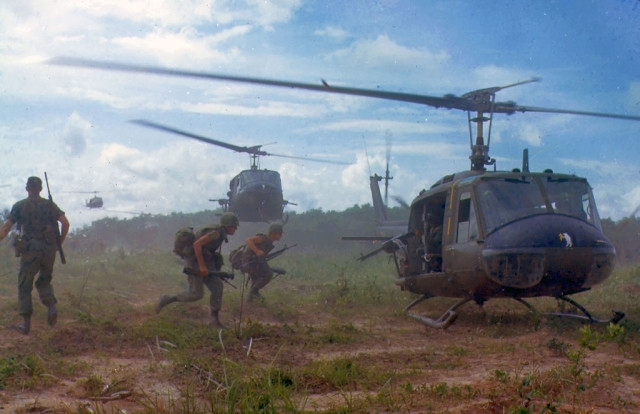 After weeks of reconnaissance, on the morning of July 1, 1970, the North Vietnamese started firing mortars at the firebase. The began to besiege the Americans, in the firebase. During the siege that held on for 23 days, 75 US servicemen were killed. The battle for the hilltops raged for days. The 101st was surrounded, outnumbered almost ten to one and running low on supplies. It was only the high ground and the bravery of its defenders that kept the enemy from overrunning the FSB Ripcord.

Read also: The Nazis Committed Unspeakable Atrocities. But One Man Went too Far Even for his Fellow Officers

Major General Ben Harrison claimed that the NVA losses at Ripcord were one of the reasons why the North to postpone their Easter Offensive that finally happened in 1972, since they had to resupply and reorganize after the attacks on the firebase.

One of the survivors, Spec 4 radio operator, Danny Kirkham gave his account of the event in a 2012 interview:

Read also: Clearing up the battlefields of WWII

“A helicopter was shot down right above the ammo dump. It was like the whole top of the hill was coming off. That hurt us for several days. We had to depend on other bases around Ripcord to really help cover us until we could be resupplied.”

On July 23, after the helicopters withdrew the survivors under heavy mortar, anti-aircraft and small arms fire. After the evacuation, the USAF B52 bombers were called in for carpet bombing. Kirhkam recalls the event:

Read also: Paris Under Siege – 5 Times the City of Lights Was Surrounded

“The withdrawals began happening so fast that a specialist and myself were put onto a Huey that had body bags on it that were filled. We were getting off that mountain any way we possibly could toward the end. I was glad to get off there, but riding off with the KIAs was hard. I witnessed several of the B-52 strikes. Some were flying so close, I could actually see the pilot as he flew by and dropped his napalm. As an 18-year-old, it was a trip.”

Read also: Leonard A. Funk: U.S. paratrooper who took out 40 Germans in 60 seconds 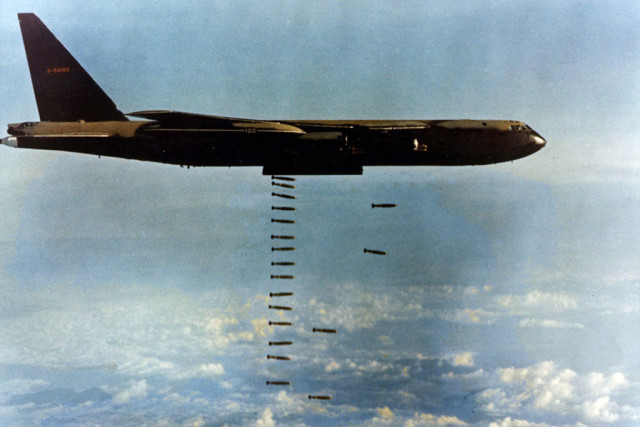 Read also: How a Drunken Colonel Wasted the Gallant 7th Maine at Antietam

The final death toll of the FSB Ripcord battle from March 12 to July 23, was 138 American soldiers. There were also 3 men missing in action. Among the men killed in action were the professional football player Bob Kalsu, who played for the Buffalo Bills, before being drafted and Weiland Norris, the brother of Chuck Norris.

Three Medals of Honor and five Distinguished Service Crosses were awarded to the men who fought at Ripcord. One of the Medals of Honor was awarded to Lieutenant Colonel Andre Lucas, who died on the last day of the battle after directing the successful retreat of his men.

Read also: Keeping Out of Combat: How the Swiss Fought to be Neutral

Lt. Col. Lucas on one occasion during the battle flew in a helicopter at a treetop level above an entrenched enemy directing fire for over 3 hours. He remained in an exposed position as long as he could, and after that swapped his damaged helicopter for another one, and immediately resumed his perilous mission.

On another occasion he attempted to rescue a crewman trapped in a burning helicopter, all by himself, risking his life under heavy fire.

Read also: Kipling’s Firearms: The Jezail and the Jingal

The Battle of FSB Ripcord was not very known to public, mostly because the Nixon administration wanted to avoid any media coverage of the last major battle in the Vietnam War. The memory of the battle was revived in 1985 when The FSB Ripcord association was established to honor the fallen and remember the survivors.