A Man is Not Dead Until He is Forgotten

The Story of Frank N. Badolati 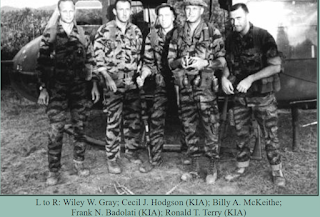 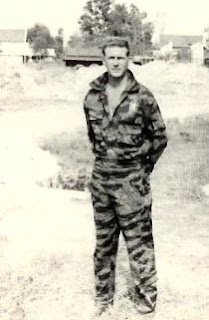 After a trip to the Vietnam Wall, the daughter of Goffstown, New Hampshire native, SSGT Frank Badolati wrote, “It was terribly sad and lonely, but there I found a place to cry and many people to share my tears. I don't believe I will ever see my father in this lifetime. I was only three the last time I saw him.” Daisy Badolati of the tiny Azalea, Oregon community goes on to say, “It has been a very difficult issue for me to deal with over the years, so much so that I made the greatest effort to accept my loss and [when the pain was just too great I would try to] forget ever having had a father.”

“Stay Out of the An Lao Valley”

Operation Masher (January 24 – March 6, 1966) was the largest search and destroy mission up to that point in the war. Project Delta was selected to reconnoiter the Northern end of the An Lao valley.

This area of the An Lao Valley is covered with thick vegetation with a great deal of elephant grass, three to four feet tall, and interspersed with cultivated fields. Steep slopes bound the valley on both sides with anti-aircraft emplacements. Intelligence indicated that there were two Regiments of North Vietnamese in the valley supported by Viet Cong insurgents. With such a heavy concentration of enemy forces, the former commander of Project Delta, Maj. Art Strange, warned incoming commander, Maj. Charles “Charging Charlie” Beckwith, in July of 1965 to, “Stay out of the An Lao Valley. They have sophisticated warning systems and tracking dogs.”

Operation Masher and “Charging Charlie” ignored good advice. The operation required insertion of recon teams into the valley but problems plagued the mission. Beckwith decided to not augment the Recon teams with South Vietnamese counterparts (as was standard procedure), ground intelligence was unconfirmed, the weather was bad, helicopter and air ship support would be limited due to the ant-aircraft guns, and, as stated before, the enemy controlled the valley. The last time friendly forces were in the valley was 1958.

The mission quickly disintegrated. Team one had to abort with one wounded. A woodcutter in the hills spotted Team Two and they were ambushed losing four men and the other two were wounded.

Team Three made initial contact with enemy forces at around 9:30 on 28 January and again at about 12:30. During the first volley of fire that afternoon Badolati was hit in the upper left arm, the bullet almost severing the arm. SFC Hodgson applied a tourniquet while the team was still under fire. The team then broke contact and moved about 600 yards, stopping to provide medical help to Badolati. They immediately came under fire. The team then split into two groups to evade the pursuing enemy.

Gray, Hodgson, and Terry evaded the ambush site in a different direction from Badolati, Huston and McKeithe. The group with Badolati tried to use the cover along the steep slopes and after dark used a streambed to hide their trail. Finally Badolati stated that he "could not go any further" and for them to leave him behind. Ignoring his plea, Huston and McKeithe stopped in a concealed position two to three feet up the stream bank. Despite constant medical attention to Badolati's mangled arm, his condition continued to deteriorate. He died in the early morning hours of 29 January 1966.The remaining team members were forced to leave Badolati's body hidden in the boulders and scrubs with the hope to recover it with a Search and Rescue (SAR) team. The two survivors successfully evaded and were recovered later by helicopter.

According to Homecoming II records, Gray, Hodgson, and Terry successfully evaded the rest of that day and then settled into a hiding place for the night. At first light on the 29th, the three men began moving again and did not make contact with the enemy until 4:30 that afternoon. All three were lying in elephant grass when they saw seven Viet Cong soldiers standing four feet to the right and rear of them. They opened fire killing three of the seven. Shortly thereafter, Gray heard Terry yell that he had been hit and saw him holding his right side. Suddenly Terry’s body arched as another bullet struck him, it was obvious this second bullet killed Terry.

Gray could not locate Hodgson and decided to move roughly 20 feet to a more defendable position and waited in ambush for the enemy. A little later Gray heard both enemy and Hodgson’s weapons being discharged, then silence. Gray continued to evade the enemy and was recovered the next day by helicopter.

Charging Charlie was wounded on the fire support mission and left Project Delta the next week. Of the seventeen that went into the An Lao Valley seven were killed and three wounded.

In 1999 a note from a childhood friend left at the virtual wall said, “I had a crush on Frank as a young girl. He sent me pictures from Vietnam and a lacquered box for Christmas 1965, which still sits on my dresser. I was a freshman in high school [when Frank died]. I have never forgotten him. … the firepower was so intense you told them to go without you, and they left you wounded propped against the tree where your blood fed the shadows. Did you notice the silence of the birds? As you waited for the helicopter, did you remember the way the sun used to strike the corner of your house [in Goffstown] at first light? Did you think of the picnic where your buddies ran around the meadow chasing a greased pig? We danced in the clover and you held me so close I swallowed your scent. When nobody came did you wonder what would happen to the car you and a friend painted to match your jungle fatigues? And when the light faded, could you hear me call your name”

Frank Neil Badolati’s name can be found on panel 04E, Line 105 of the Vietnam Memorial Wall

Ray Davidson is a syndicated columnist. He can be reached at rayd45@aol.com.

Posted by thebimini at 4:44 PM