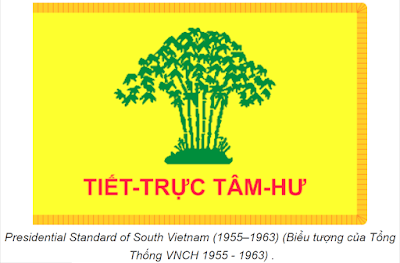 “That was a stupid decision and, God, we paid, they paid, everybody paid…”
—Howard Jones

Vietnam. The word hangs like a pall over the psyche of the American military and political establishments. Evidence of its lingering effects is found in the oft repeated phrase, “no more Vietnams.” That is, no more wars with ambiguous objectives that cause such deleterious effects on society and ultimately end in failure. The Vietnam War was a failure — South Vietnam was conquered by the communist North, and America’s society, military, and government were deeply affected. More than 40 years since the end of U.S. involvement in Vietnam, the conflict has been tirelessly analyzed by scholars seeking to understand the conduct of the war and its final outcome. Of perhaps equal importance to the study of the war itself, is the study of how the Vietnam War began, and how the U.S. became embroiled the conflict that would topple governments, drive the military to the brink of collapse, and cost hundreds of thousands of lives.
Geoffrey Shaw, historian, professor, and president of a counterinsurgency think tank, provides just such an invaluable look at the beginning of America’s involvement in Vietnam and the missteps that led to the dramatic expansion of the conflict.[1] In his book, The Lost Mandate of Heaven, Shaw looks at the life and the administration of the first (and last) president of the Republic of South Vietnam (RVN), Ngô Đình Diệm. Diệm was the president of the RVN from 1955 until his death in a military coup in 1963, abetted by high level officials in the United States government. The Ngô Đình family came from the ruling, mandarin class of Vietnamese society. Though educated in the Western tradition and a devout Roman Catholic, Diệm was also well versed in Confucian thought and a fervent Vietnamese nationalist. He was also an extremely effective administrator and a staunch anti-communist. Finally, as the title of the book implies, he possessed legitimacy in the eyes of the Vietnamese people and was “revered by the Vietnamese because he (was) honest and independent...a hero in Central and North Vietnam, with a considerable following in the South too.”[2] President Dwight D. Eisenhower welcomes President Ngo Dinh Diem to the United States in May 1957. During his visit Diem addressed a joint session of Congress and got a ticker tape parade in New York City. Eisenhower called Diem the "miracle man of Asia." Photo courtesy of The National Security Archive.
Diệm, his family, his administration, and his policies, however, ostensibly ran afoul of the interests of the United States. Shaw shows how the structure of the Diệm administration, with a heavy emphasis on loyalty and a reliance on family, was seen as unusual. Members of the Ngô Đình family, particularly his sister in law, also had a tendency to “make inflammatory remarks to the U.S. press (which) undermined their joint position” vis-à-vis the U.S and South Vietnamese governments.[3] More importantly, throughout the book Shaw traces a string of decisions and events such as the American endorsement of Laotian neutrality (paving the way for North Vietnamese infiltration), the inception and effectiveness of the strategic hamlet program, the overall counterinsurgency strategy, and the handling of domestic unrest as items over which Diệm and his American sponsors clashed.
Specifically, Shaw implicates a clique of individuals in the U.S. Department of State during the Kennedy Administration as being virulently anti-Diệm. He depicts these individuals as seeking to manage the emerging conflict in Vietnam in ways that ran contrary to Diệm’s policies as president of of a sovereign nation. Once Diem proved intractable, this clique sought and eventually obtained his removal, which resulted in Diệm’s grisly murder. Shaw also holds to account the American press, seeking to show that some members of the press produced reports from a position of bias, seeking to fulfill predetermined agendas. He postulates that those same reports created a feedback loop that only fueled anti-Diệm sentiment among select news bureaus, and the American political establishment writ large. This all occurred simultaneously to Diệm waging a counterinsurgency campaign against a tough, determined enemy, and his effort to maintain legitimacy by not appearing to be the puppet of an outside power.
Diệm was not without his supporters — mostly men who were almost as close to the conflict as he. Notably the American ambassador, the CIA chief of station in Saigon, the head of the British Advisory Mission, and various military officers in Vietnam and the Pentagon supported Diem, and believed that the war in Vietnam was being won under his administration. While “the [anti-Diệm clique] believed the removal of Diệm was essential to winning the war; the [American generals] believed the war was being won with Diệm in place.”[4] The South Vietnamese government and military was growing in effectiveness, and the overall counterinsurgency strategy being employed at the time was beginning to bear fruit.
No matter the views on Diệm, Shaw shows how almost every individual he identifies throughout the book realized and expressed at various points (before and after Diệm’s murder) that Diệm was by far the most effective leader available. The clique determined to remove him made finding an equally effective replacement a prerequisite for some time. Even the North Vietnamese government would acknowledge that Diệm was the single greatest obstacle to their ambition to effect a communist takeover of the South. Events after his assassination would prove that he was truly irreplaceable, as South Vietnam was unable to form a stable government prior to the country’s ultimate fall to North Vietnam.Ngô Đình Diệm and his government were no doubt far from perfect, especially as they took measures to combat the growing communist insurgency. But one cannot be too hasty to judge members of the Kennedy Administration, nor President Kennedy himself for not having a better handle on events, given the tumultuous period in history over which they presided. It is tempting to speculate what may have happened had Diệm remained alive and in power, but this is ultimately a fruitless exercise. Regardless, by the accounts presented in Shaw’s book, Diệm was a good, decent man, undeserving of his fate. By supporting his removal, the U.S. terminally destabilized the RVN, caused its own involvement in the Vietnam war to deepen, and forfeited the military and political high ground.
The Lost Mandate of Heaven: The American Betrayal of Ngo Dinh Diem, President of Vietnam is a must read for policy-makers, and is extremely worthwhile for the military and other governmental agencies. It contains lessons that may assist in stopping a conflict before it starts, or to help manage it once conflict has begun.
Nathan Wike is an officer in the U.S. Army, and member of the Military Writer’s Guild. The opinions expressed are his alone, and do not reflect those of the U.S. Army, the Department of Defense, or the U.S. Government.
Posted by thebimini at 1:53 PM