This Pot-Bellied Pig 'Played Dead' To Save Her Dying Owner

Had this happened in the current age of the internet, Lulu the pot-bellied pig would be an internet sensation making headlines around the world. But it was in 1998 when Lulu 'played dead' in the road to save her dying owner. 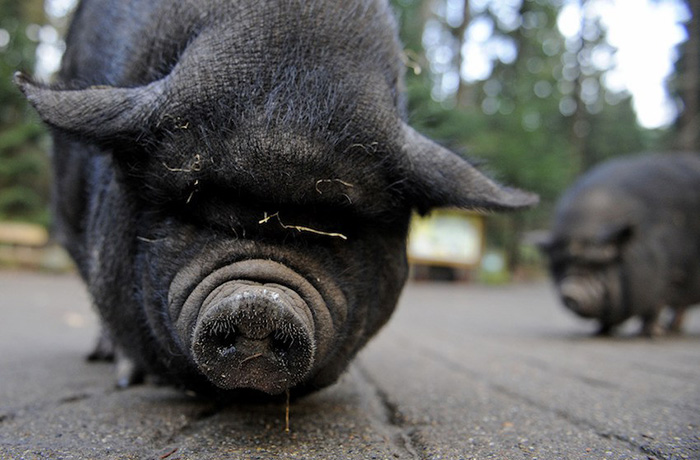 Credit: Axel Heimken/AFP/Getty Images
In 1997, Jo Ann and Jack Altsman of Beaver Falls, Pennsylvania, had agreed to baby-sit their daughter's pot-bellied pig, Lulu. The temporary babysitting turned into a permanent fixture as the bond between the pig and her new parents grew strong. So strong in fact, that when Jo Ann had a heart attack, Lulu was there to save the day.
Jo Ann's heart attack came on August 4, 1998, while her husband was out of town on a fishing trip. She collapsed on the floor and yelled for help. She even managed to throw an alarm clock out of the window in an attempt to get the attention of anyone that might have been nearby. No one was around.
Their only dog, an American Eskimo named Bear, barked and barked. Lulu must have realized it was not enough and decided to act. She forced her way out of the yard in a way that left her skin torn and bleeding. 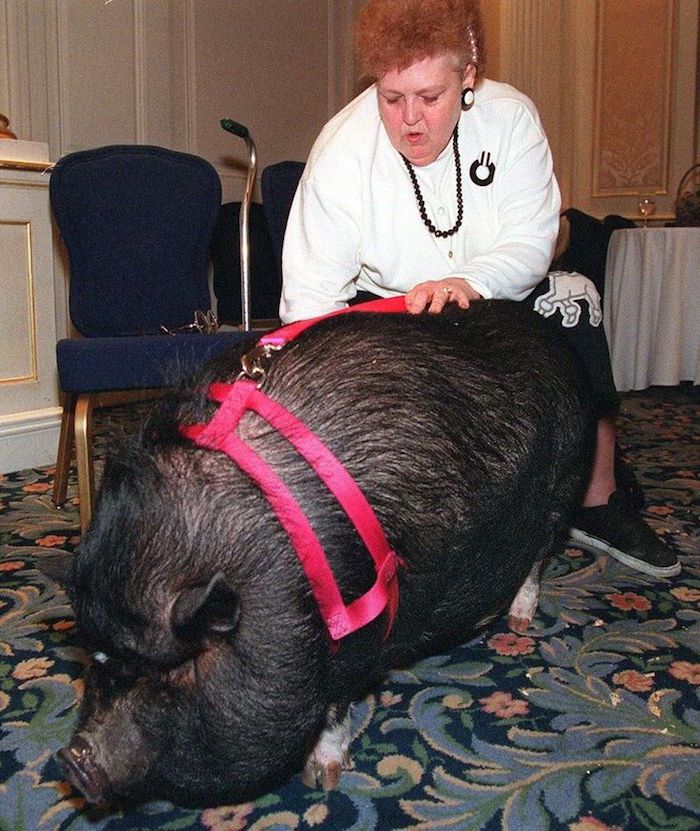 She made her way to the road and plopped down as if playing dead. When a driver stopped, concerned about the pig's wounds, Lulu led him back to the trailer.
The man arrived at the trailer, saw Jo Ann in distress, and dialed 911. Jo Ann was taken to The Medical Center, Beaver, for open-heart surgery.
Had 15 more minutes passed, the doctors said, she would have died. 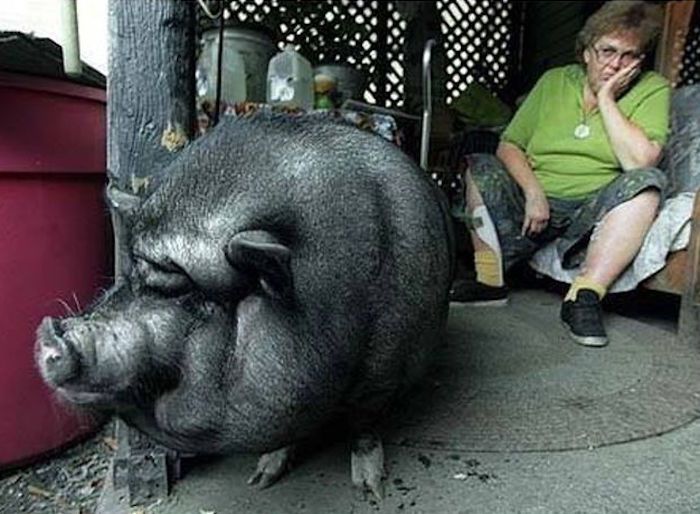 At the Mayflower Hotel in New York, LuLu received the coveted Tiffany gold hero's medal from the American Society for the Prevention of Cruelty to Animals. She made appearances on Oprah Winfrey Show and The Late Show with David Letterman.
Pigs are perhaps the smartest domestic animals known - more so than cats and dogs, according to some experts. Lulu's heroic act is a prime example.
(h/t) Vault50. Sources: Times Online, Post Gazette.
Posted by thebimini at 11:59 AM